Saturn and Master Yoda: A Phenomenology of Inclusion

There's a lot of Star Wars going on here right now. I'm sitting in my friend's house while he's on a portrait painting marathon, and currently, as Capricorn is rising, Master Yoda is the subject of the hour.

We even have the soundtrack to A New Hope playing.

Lately I'm drawing inspiration from Yoda as an emblem of Saturn's Mastery.

Master Yoda can still do Mars. Even in an 800-year-old body, he kicks ass.

It's as if, once you've reached the highest sphere and made that climb all the way up, you can then drop back down the ladder to any of the other spheres and inhabit them with ease and ability.

I imagine martial arts training is much the same way - one moves from blue to black belt, for example, but once you're at black it's not as if you forget everything from the blue level.

Black is an extension of blue.

So what if Saturn is an extension of the other planets?

What if every sphere is an extension of what has come before? So that, when we get to Mercury we can know him fully in his own right but then also know him as building upon everything the Moon is? He's Mercury-and-Moon?

And so on up the ladder.

I suppose it's a bit like the Russian nesting doll idea, but I'm after a phenomenology of inclusiveness that reaches its greatest expression in Saturn. And beyond.

Maybe this property of inclusiveness I'm touching at is even the defining characteristic of the human Soul. I'm not sure yet.

To know something in its own right and then feel it metaxically blended with everything else feels very Lunar to me, suggesting to me once more the great primacy and Mystery of the Moon when it comes to Soul. All things do seem to lead back to the Moon.

But then, all things seem to lead back to Saturn, too.

Sometimes I'm tempted to think of the Moon as the most important body in the system, even more than the Sun! I mean, she is Soul Incarnate. The Mistress of Blended Space!

I really like the way an inclusive Saturn feels. It's a tough road, mastering all the spheres. It means containing contradiction. But suddenly, a vision of cosmic totality and a crystal-clear view for miles is really appealing. And it feels like Saturn is the way to this!

P.S. I think Mercury, the Great Mimic, is integral to this process, but I basically see Saturn and Mercury as reflections of the same entity. So, when I say Saturn, in my head I'm almost thinking Mercury at once. Puer-Senex.

Posted by Jared at 8:54 PM Links to this post

Feet on the Ground

I've had chronic back pain for years. Like most of the Western world, my spine has grown more into an "S" shape than the natural "J." The resulting heaviness of my head pitched forward has given my thoracic spine one helluva knot. My hips tightened and my lower back compressed.

I've been working on it for years now, but over the last five to seven years the pain really increased. A large part of that has been teaching myself to inhabit my body all over again, back from square one in many instances. That includes re-learning how to stand, how to sit, and how to walk.

Many hours have been logged on the forest trails learning to find my balance again and redistribute my weight across my foot.

Striking with the heel first has been crucial. I think of the heel as signifying the Sun since it's the first thing to hit the ground. I use my proprioception to feel the heel's connection to the spine and back - more Sun-ruled body parts.

The additional gains I've made from the current weight-lifting regimen are building on the practiced connections I've made through learning to walk again, meeting the earth full-footed.

Feet fully on the ground.

I even exercise barefoot.

Mars as tutor these past few weeks has shown me that the body's strength has everything to do with being more fully rooted into the earth. We work out so that we can stand on the earth. Lifting up is opening down. Connection to the ground through the foot is the beginning of strength.

Our time here on earth seems to be about growing down. Feet planted on the Earth. Finally making it here. Being "down to earth."

I'd consider my life an amazing success if I reached ground.

James Hillman, in his ever-Saturnine way, sees it, too. The Soul's Code is a book-length treatment of the idea which informs me.

My journey has been about bringing the heel back into the game, networking it back into every single activity, sitting or standing. It means muscularly resisting decades of habit and building a new threshold of encounter.

With each workout, I'd like to think I get better and better at Being Here, at finding my fullest connection to the earth.

With each step I take I practice my grounding. If each step is a new opportunity to practice and learn, I wonder how much I could grow. I take a lot of steps in a day!

On the drive down to do my workout at my friend's, I was musing on Mars and thinking of what my weight lifting is teaching me about myself.

Compartmentalization came to me.

In particular I was thinking about Scorpio and how the Moon is fallen there. If Mars is about compartmentalizing, it shows me that the Moon is about connecting, incorporating, blurring boundaries and joining through emotions.

It makes sense to me that Mars, the Great Divider, is the master of compartmentalizing. I ask, in what situations do we need to put our feelings aside? When will emotions not serve? When will it be helpful to divide and conquer?

I have the immediate sensation in memory of lifting weights and focusing all of my strength and attention on a singular aim. That moment is not about how I feel emotionally.

There is certainly interiority going on in those moments, however. I can report that I am in dialogue with my own mind (which is not to say that it's only "me" up in there).

Mars and depth are synonyms.

Only one letter's difference between depth and death. I wonder, could death be a deepening?

I notice that when I'm working out to build form and power in this body, I'm doing so through isolation. Separating out which muscles go where is crucial. I don't want to build lousy form. I follow the alchemists: only what has been properly divided can be properly joined.

Mars knows how to properly divide.

Somehow, compartmentalizing IS joining. Weight lifting feels like that truth in action. When all of the muscles are in their proper place, then they are working most completely together.

I've been on a great journey to put everything in its place and end my chronic pain. I can report that both the pain and the healing happen on both physical and psychic/emotional levels, continuing to suggest the Mystery of the body to me: we are blended space. Mind and body are one thing (which is the Moon's essence).

I find that a strong body is the foundation for a strong mind.

So, the work continues. This Mars retrograde has been a great period of guidance and empowerment for me, so I'm grateful for all Mars has taught me both from within and from without. His retrograde has also brought much in the way of despair and suicide, so I am thankful that Mars has flowered as he has in my life.

More to come on his insect nature. I think that will dovetail with compartmentalization nicely, especially since most insects make compartments for themselves in which to transform and metamorphose.

Chrysalis is one of my favorite words ever.
Posted by Jared at 2:02 PM Links to this post

A Little Mercury, A Little Mars

Keeping multiple diaries is a challenge.

Keeping a single diary is a challenge. Especially when it's the calendar/planner kind of diary. You don't even want to look in mine.

It'd probably be blank. Like most time-keeping intentions which collect and pile up in my life, languishing in disuse.

Embodying spontaneity has its challenges. And I do most things with immediacy.

For a man so interested in divination, I can be remarkably obtuse and occluded when it comes to the future.

It's almost as if it doesn't exist until it's right here.

But I am fascinated in the wheel's turning. I'll often ask Hermes to run around the curve and we'll talk about what's coming through the Tarot, but ask me to pay a bill on time and that's another story.

The ongoing retrogradation of Mars, which is also out of bounds, feels like the fuel on the fire spurring improvement, coherence, and power into embodiment. It feels like time for daring action that reaches for the best, that gets all the parts working together in support for a common goal.

In terms of the horoscope, it feels like the drive to put all the pieces of the circle together so that they're working at optimum capacity. A voice calls for the best possible expression of the horoscope, to "be all that you can be."

Mars' eyes look upward. He shares this with his king, the Sun. The two choleric bodies strive for greatness, for a higher level, a distillation of pure gold, a strong foundation, a muscular solar plexus.

I've learned that Mars needs to strive, to test itself. Our inner man with the club needs to move that iron, to tire itself out, to try.

Oh does that word cause quarrels! Try.

Because it can be used as an excuse.

But Mars handles no excuses. He does not accept them.

I think some part of us knows when we are truly trying and when we are using the word to substitute for its opposite: frustration.

And I can feel the martial hatred of inauthenticity.

BE WHO YOU ARE!

If you've "tried" with authenticity, you've succeeded. Mars doesn't "fail." He keeps going. (Put another way by Master Yoda, "Do or do not. There is no try.")

As I was told by a friend recently, there isn't hard work. If you've worked and its rewarding, it's not hard work, it's honest work.

(He's got Sun conjoined to Mars in Capricorn.)

So back to Mercury. Mars is putting me together in new, stronger ways. And that means making all of Mercury's capabilities and possibilities manifest in vessels. That means articulating, voicing, creating, playing, and sharing. It also means learning how to navigate the marketplace - hell, to show up to the marketplace.

But, I'm also hopeful and empowered to keep this blog, one of my multiple diaries, nourished with some attention. It'll be like catching lightning in a bottle, but then, this seems to be its time: 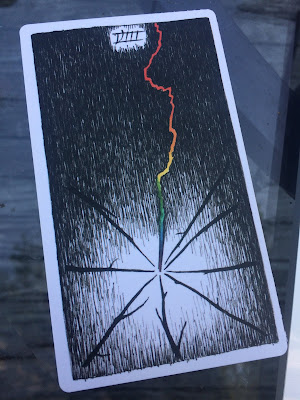 Posted by Jared at 7:43 PM Links to this post 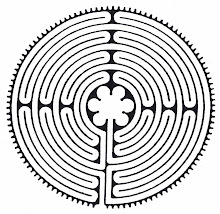 Here will be recorded my wanderings through the labyrinth.
May the Light's rays shine brightly and clearly!
Hermetically yours,
Jared Dorotiak

Jared
For consultation or questions: sacredspaceastrology@gmail.com